Bring your best friend with you to the Cosmopolitan

If you are looking to bring your dog with you on your trip to Las Vegas, the Cosmopolitan can be your choice of a dog friendly hotel with a great location. All rooms at the hotel are dog friendly and you receive a complimentary BarkBox with treats and toys on arrival for your four-legged companion’s enjoyment. The Cosmopolitan provides you with a map of the resort’s relief areas and a designated dog area near the Bamboo pool. According to the hotel’s pet policy, you can bring up to two dogs under 25lbs per room for the price of $50 per dog per night. The Cosmopolitan requires documentation for all recommended vaccinations of your pet on check in, so don’t forget the doggy passport. In case you have to leave your dog unattended in the room, you are required to place them in a kennel for their safety.

Dogs are not allowed in the resort’s food and beverage areas, the game areas, pool or fitness center areas, unless they are documented as service dogs.

The hotel permits only dogs and if you are looking to bring a different kind of animal, please contact the Guest Services at 702.698.7000 to check if this would be possible. 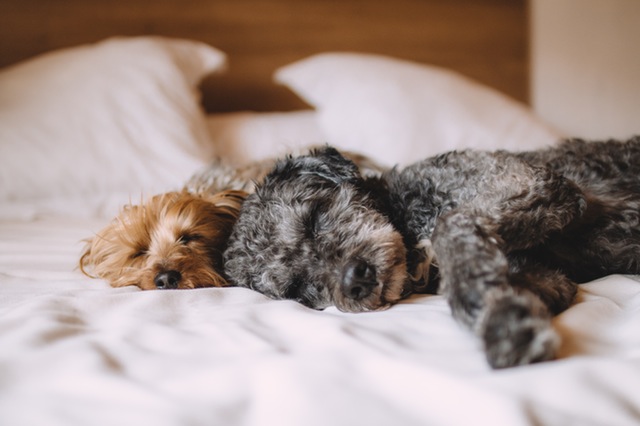 If you are wondering how big a 25 lbs adult dog is, check out this Small dog breed guide.

For your convenience, we have created a doggy don’t forget list before you travel to Las Vegas.

Las Vegas is a bustling desert city and it could prove to be overwhelming for our best friends, thus it is always a good idea to have a few veterinary hospital contacts prepared in case of veterinary emergency. Check out our list of vets near the Cosmopolitan:

In Cases of Emergency

Sat: start at 4PM remains open until Mon 8AM.

Parking at The Cosmopolitan

Checking In and Out at The Cosmopolitan