Catch the Cityscape from the Cosmo Two Bedroom City Suite

Redefining contemporary living, the Cosmopolitan is the perfect combination of cutting-edge comfort with unprecedented pleasure. Extravagantly equipped for comfort and convenience, with 1615 square feet of superb urban design and functionality, this gorgeous two bedroom suite is equipped with two bedrooms with own bathroom spaces. The suite’s unique interior touches and amazing view will surely contribute to the formation of an ultimate Vegas hospitality experience. 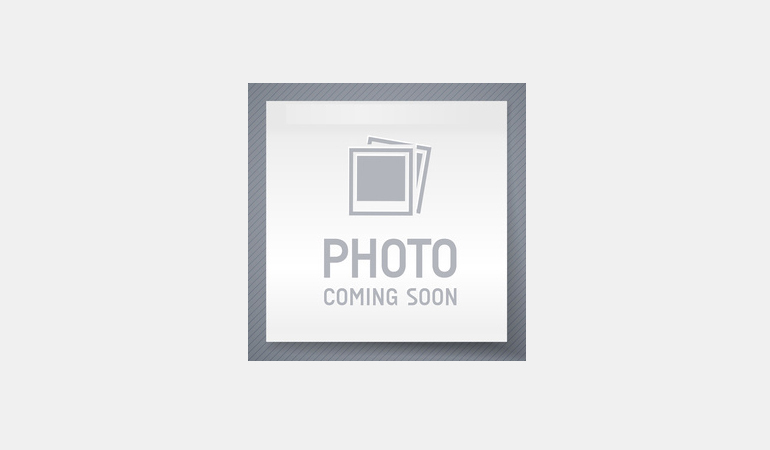 Sophisticated Suite for a Satisfying Stay

The tastefully decorated Two Bedroom City Suite is an opulent space to accommodate up to 6 guests. A fantastic foyer area at the entrance, a small but pretty chandelier and a vintage suitcase like dresser will instantly catch your attention. On the top of the dresser you will find a minibar and a tray of small snacks assortment. Like all Cosmopolitan rooms the mini bar has an in-built sensor system that charges your room automatically upon taking a beverage out.

A small hallway leads to the elegant king size bedroom with Cosmo’s king size heavenly bed complementing it with floor to ceiling windows to enjoy the stunning Strip sceneries. Additionally this suite’s bedrooms are furnished with bedside tables, reading lamps, telephone, large flat screen TV, and an office space with entertainment system. Coupled with these, is a walk-in closet to create an impeccable, organized dressing area containing additional amenities including an iron, ironing board, bathrobes, and a safety box.

Find comfort in your choice with a second bedroom featuring two queen size beds covered with snow white sheets, pillows and comforters decorated with taste and simplicity. Equipped with entertainment system and a flat screen TV, this room also comes with an office desk,  an attached bathroom and a walk-in closet, spacious enough to room two to four guests’ clothing.

Ensuring an elevated experience the exquisite embellished bathrooms feature bubbler tubs and the master bath is equipped with a double vanity, and a very stylish powder room. The sumptuous suites consisting of a separate spacious living room, is decked up with high end designer furnitures delivering comfort and functionality including a centre coffee table, 4 seats couch and diverse state-of-the-art lightnings. The suite is specifically suitable for family or large groups who wish for a shared living space by the glorious Strip.

So book a relaxing getaway in one of the swanky Cosmo suites and receive an unprecedented travel experience. 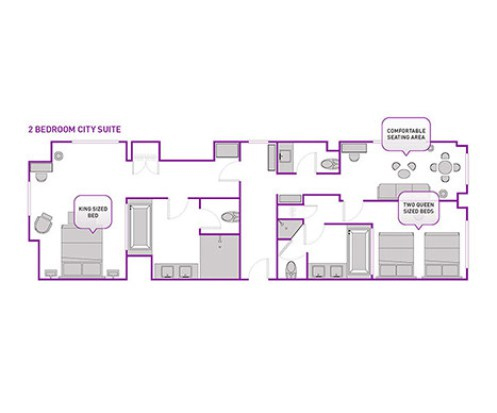 YouTube Reviewer Paul Anunda giving a visual tour of the Two Bedroom City Suite demonstrates that it’s “a really large suite with two bedrooms and three beds.” The luxurious living room with floor to ceiling glass windows overlooking the Bellagio Fountains is extremely enchanting. The big bathroom and bedroom for the guests is a great addition to the Two Bedroom City Suite at the Cosmopolitan.

Reviewers pronounce the Two Bedroom City Suite to be just “perfect”! They elucidate that the suite is of “perfect size and it comes with an awesome view.” The desirable floor to ceiling glass windows with its sophisticated curtains covering the sun rays for your morning sleep after an allnighter makes it a good stay. In addition the size and the space of the rooms are impeccable when traveling with family or a group of friends with full bathroom and a separate bathroom in the living room. Though the room is “beautifully hot” with an excellent customer service, but the reviewer suggests that a better checkin system would make it for a seamless stay. However one claims that “ this is the best of the best in Vegas.”  For more reviews you can click here and for further information please visit the official page.

Your feedback is important to us so we can continue providing you with travel information that meets your needs. Let us know if you have found the travel details you were looking for by rating your satisfaction with our page, or help us improve by leaving a comment below.

Reception Suite at The Cosmopolitan

Bungalows at The Cosmopolitan